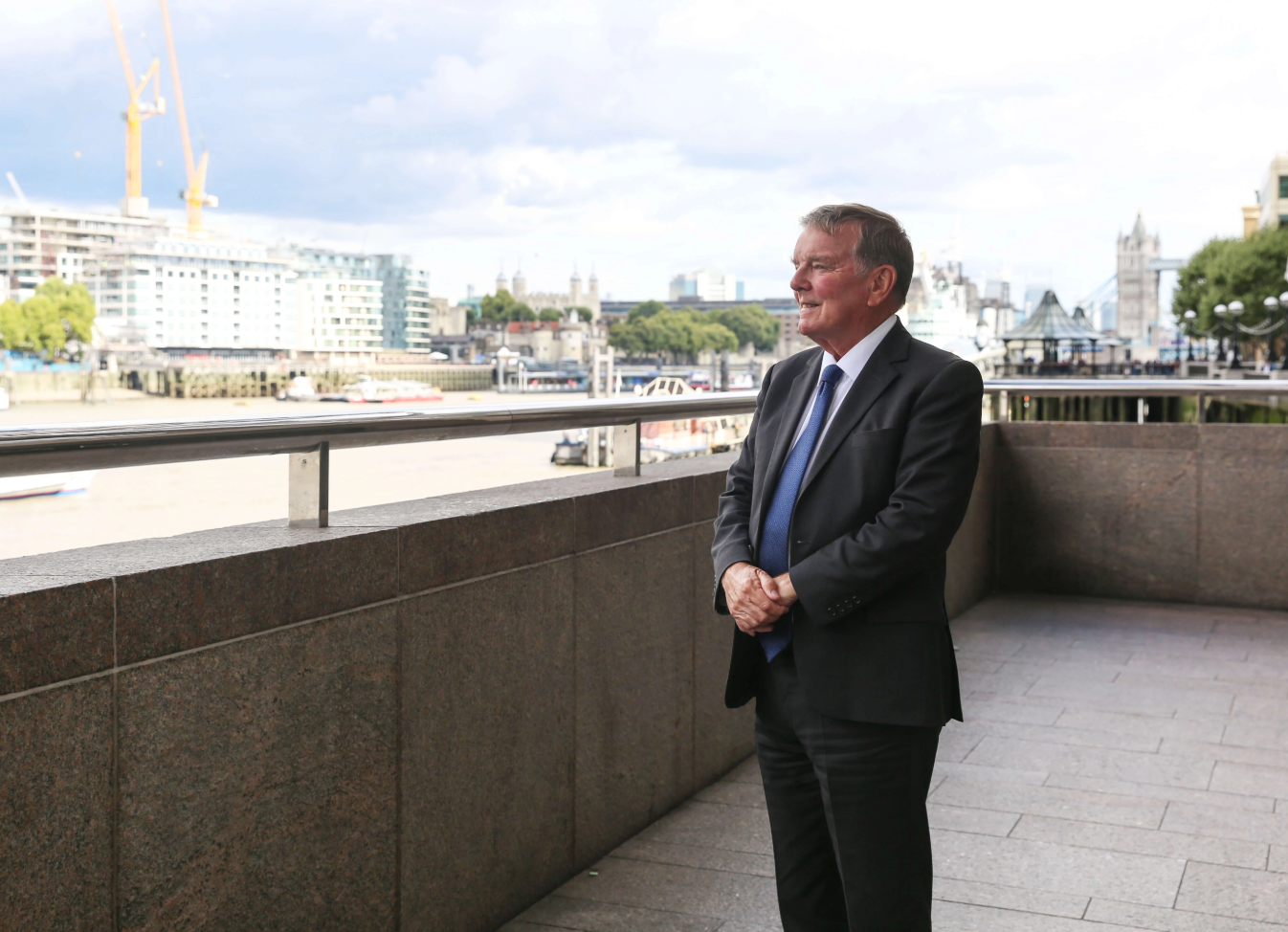 January was the wettest ever recorded in the UK!

Large areas of southern England have been under water since Christmas day. Rain, rain, rain. We are making final plans for our annual two day medical conference ‘Ten Topics in Rheumatology’, here in London on Thursday 3rd and Friday 4th July. This year we have opened up the meeting both to hospital doctors and to GPs. If any of you have a GP who you think might be interested – especially in the ‘Big Three’ – Lupus, Hughes Syndrome and Sjogrens – please do point them in our direction.

In March, I have been asked to give a talk at the annual world conference on autoimmune diseases, held this year in France. The title they have given me is interesting – ‘APS/Hughes Syndrome – fact and fiction’. Which leads me to the important message in this month’s blog – NEGATIVE TESTS DO NOT RULE OUT HUGHES SYNDROME. Sadly, I am seeing a number of Hughes Syndrome patients who have not only been passed from pillar to post but, in the case of some patients, discharged from clinic – an attitude which is unforgivable. This month’s patient is a case in point.

Mrs O.L., a 44 year old housewife, had suffered from frequent headaches since childhood. On one occasion in her teens, she had a seizure. No clear diagnosis was made. She had also had episodes of disturbed balance (at one point thought to be Meniere’s disease) and more recently, chest pains, investigated for angina. Other features in the history included fatigue, stomach pains, ‘stabbing’ pains in the head and, from time to time, joint pains, especially hip pain.

She had had one successful pregnancy and two early miscarriages. In the family, she had a younger sister with lupus and a sister and an aunt with thyroid disease. Because of the family history, she was tested for lupus as well as for Hughes Syndrome. All test results, however, came back negative.

Mrs O.L. was started on aspirin with some improvement, and later with heparin, and finally with warfarin.

All her symptoms, including chest pain and migraine have disappeared. Also improved are the tummy pains and balance problems. Mrs O.L’s verdict: “I have my life back”.

Mrs O.L. ‘ticks many boxes’. The tests were negative, but clinical features were suggestive and the family history (lupus etc) added support.

In a case like this, the decision on whether to treat as ‘sero-negative’ Hughes Syndrome is based on two pre-requisites – firstly that all other possible diagnoses are excluded as far as possible, and secondly that the patient’s physician has the knowledge and the confidence to take on that responsibility.

I believe that one of the most important tasks for those of us working in the world of Hughes Syndrome and antiphospholipid antibodies is to teach as many colleagues and students as we are able.

With this in mind, I am attaching to this month’s ‘blog’ a short article / leaflet on the topic of ‘sero-negative Hughes Syndrome’.

Two important lessons which trainee doctors must learn are ‘listen to the patient’, for he/she is telling you the diagnosis and ‘remember, the tests can let you down’. There is a history of unexpected negative tests in other diseases, including rheumatoid arthritis and lupus.

Early in the 1940s, blood tests such as ‘rheumatoid factor’ were introduced in the diagnosis of rheumatoid arthritis (RA). They proved extremely useful, but little by little, observant physicians (notably the late Professor Verna Wright of Leeds) recognised that a number of patients with widespread inflammatory arthritis had negative RA tests. The concept of ‘sero-negative RA’ – doubted by many doctors at the time – stuck, and indeed became clinically very useful. It allowed the recognition of different important conditions such as psoriatic arthritis, ankylosing arthritis and others.

In the mid-1900s, a number of blood tests were developed for Lupus, culminating in the description of the anti–DNA test in the late 1960s – the gold standard.

But, again a number of patients with all the clinical features of lupus – including, in some cases, a ‘butterfly’ rash, had negative antibody tests.

The concept of ‘sero-negative’ Lupus was floated, often by dermatologists, who saw classical lupus rashes, but with negative Lupus tests.

It proved a useful concept, contributing later to the development of newer tests (including the important ‘anti-Ro’ antibody) which proved absolutely invaluable in the definition of some subsets of Lupus which had, for example, less of a tendency to kidney involvement.

In 1983, my team described what we initially called the ‘anti-cardiolipin syndrome’. Cardiolipin belongs to a group of molecules called phospholipids – we could have used other phospholipids as test material, so changed the name to ‘anti-phospholipid syndrome’.

We soon began to see patients in our clinic who had many of the clinical features of Hughes Syndrome but in whom the two commonly used tests aCL (the anti-cardiolipin test) and LA (the inappropriately named ‘lupus anticoagulant’) were negative. In many cases, the patients only reached our clinic because they had a relative with the diagnosis, or because they had ‘done their homework’ on the internet.

And, of course, many such patients had remained untreated. So, in 2003, together with my colleague, Professor Munther Khamashta, we published the article entitled ‘Sero-negative anti-phospholipid syndrome’ in the Annals of the Rheumatic Diseases (Dec 2003, vol. 62, p1127).

There are three main possibilities. Firstly that the diagnosis is wrong. Secondly, that the tests had been positive years previously but had now become negative (we do see this occasionally). Thirdly, our current tests don’t provide the whole answer. Over the past decade many laboratories, including our own, have been studying other blood tests for the syndrome. To date, some progress has been made. There are some samples which only appear positive on an exhaustive battery of tests, but these are still a minority.

Professor Munther Khamashta and the team at St Thomas’ hospital are actively involved in this research and Munther has recently updated their observations. (Rodriguez-Garcia JL et al. Annals of the Rheumatic Diseases. 2012. Vol 71. P242-244).

What is our experience so far?

Every week, I see at least half a dozen people who fit the clinical picture of Hughes Syndrome, but with negative aPL results. There are sometimes clues such as other positive antibody tests (thyroid or ANA for example) or borderline low platelet counts.

But the proof of the pudding lies in the response to treatment (either aspirin/clopidogrel/heparin or warfarin) once the decision is made to treat.

Of course it can be argued that yes, other diagnoses might sometimes respond similarly, but a good physician can usually differentiate.

But – and it is a very big but – many of our patients do not get swift treatment – or even worse are diagnosed as ‘fibromyalgia’ or migraine or even worse, as ‘nerves’.

Another observation, as in the case of Mrs O.L., is that the patient has finally arrived in our clinic because of a positive family history – leaving the obvious question – how many more cases are there out there?

How many cases are we missing?

The numbers could be huge. Take the following medical scenarios – migraine clinics, women with unexpected still birth, unusual teenage epilepsy, unexplained bone fracture, under 40-year olds with angina and no other obvious risk factors, young strokes, abdominal pain after meals. All of these can be seen in Hughes Syndrome – all potentially treatable or preventable if the diagnosis is made.

For these reasons, I believe that the study of sero-negative cases of Hughes Syndrome (and the need for newer more sensitive or specific tests) is perhaps THE most important of all the current clinical research projects in this disease.

Mass blood screening might prove too expensive for many groups, but questionnaires can still provide some clues. For example, we could consider a detailed family history on all of our patients, before widening the net.

And think of the life-changing health benefits and the cost savings to the country if we could teach the medical world to think of the diagnosis – even when the current tests are less than perfect.