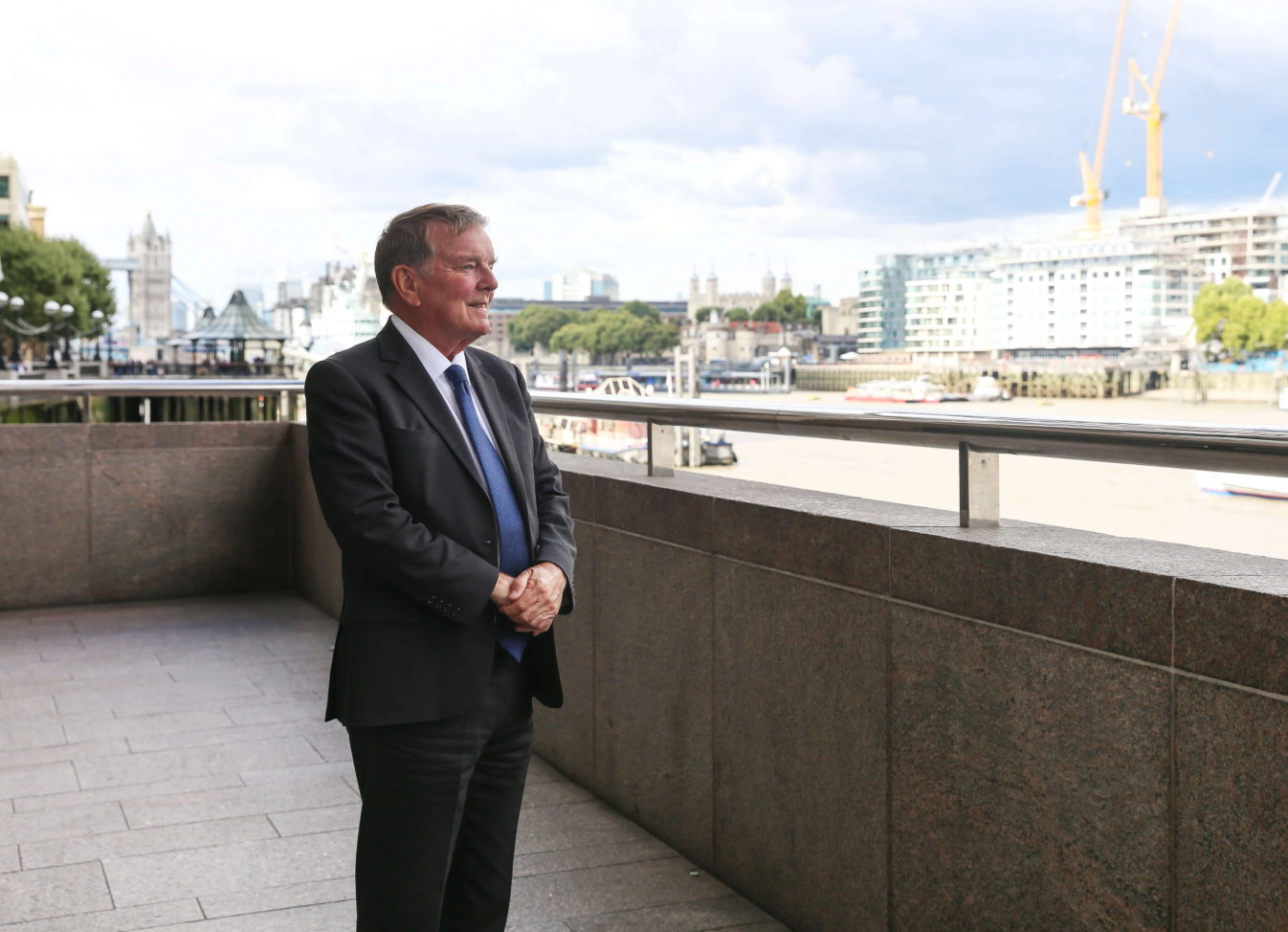 A short history of the antiphospholipid syndrome (Hughes Syndrome)

For me, the story started in 1969, when, supported by a Geigy scholarship, I spent an unforgettable 2 years working in New York, in the department of Professor Charles (Chuck) Christian.  Chuck, who sadly died last year, was an inspirational leader – a generous, modest and brilliant man.  His unit was, for me, a dream – a dozen keen, excited colleagues and research fellows and a totally stimulating atmosphere.

Charles Christian was internationally regarded as a true lupus expert, and his teaching and example left a lasting impression on all of us.

In 1971, I returned to London to set-up a lupus clinic and research unit at Hammersmith Hospital (as well as, with Cheryl Marcus, setting up a charity, now known as Lupus UK).

I suppose my main lupus interests were the ‘brain’ and ‘pregnancy’, and the way in which antibodies could affect the pattern and outcome of disease.

In 1977, together with my senior registrar (the late and great) Barry Bresnihan, we published papers on SLE pregnancies ending in abortion – “circulating lymphocytic antibodies react with purified trophoblast antigen”, and antibodies linked with brain manifestations in lupus.

Our lupus clinic grew and grew.  At the end of each clinic, as well as on our ward-rounds, we discussed all the cases seen.  These included a variety of ‘neurological’ types of lupus.  One small group had features of what was sometimes called ‘lupoid sclerosis’ – with ‘overlap’ features, both of lupus and multiple sclerosis.  This group was also notable especially in having a tendency to ‘false positive’ syphilis tests.

(One of my patients with Hughes Syndrome, an American lady in her 50’s, had been turned down 35 years earlier as a teenager for a job in a Wendy’s hamburger restaurant because a syphilis test was positive (a ‘false positive’ test).  Thirty years later, Hughes Syndrome was diagnosed.)

In 1975, Hammersmith  Hospital was asked to help out at the University Hospital in Jamaica. So, Monica and I, and our children, moved for a year to Jamaica.  We loved it.

Thanks to support from the Welcome Trust, we were accompanied by one of my research fellows, Dr Wendell Wilson, a Trinidadian, and Geoff Frampton, a technician.

The medicine was fascinating.  Endless cases of lupus, and a condition new to us called ‘Jamaican neuropathy’ – a disease mainly of young Jamaican women who developed a number of features, including a paralysis of the legs.

One significant finding was that a number of these patients had a ‘false positive’ test for syphilis.  Wendel Wilson, Geoff Frampton and I could not believe our luck.  It raised a possibility that the ‘false positive test’ – an antibody against phospholipids – might also be directed against some of the brain and spinal cord phospholipids (the cephalins and sphingomyelin we had learnt about in school biology).

We set up assays in Jamaica and published our hypothesis.

On my return to the Hammersmith Hospital, the research went into top gear.  Bit by bit, our team grew – largely foreign fellows – the ‘creme de la creme’ of their countries’ hospitals.

Over the next few years, we collected more and more cases with similar features.  I remember one of my fellows, Dr Helen Englert from Sydney, referring to our ‘syndrome’ as the ‘G.R.V.H.’ syndrome (my initials).

The clinical features were, firstly, a tendency to thrombosis, both in arteries (e.g., strokes) as well as veins.  Some of the patients had classical lupus, but very significantly, many did not.

By the early 1980’s, we had enough data to publish our findings.  The main clinical papers were published in 1983, in the British Medical Journal, followed by a paper showing the link with pregnancy loss, published in the Journal of Obstetrics.

In 1982, I gave the “Heberden Round”.  This annual meeting of the British Rheumatology Society was very prestigious, and it was a huge honour.  In those days the presenter took a clinical topic close to his/her heart and presented ‘cases’ to illustrate the topic.

I presented 8 cases, 5 with lupus, and 3 with a ‘new’ syndrome.  This was the first public presentation of what we subsequently called the ‘antiphospholipid syndrome’

At Hammersmith Hospital, we grew into quite a large team, with new research fellows joining us from all over the world.  They included May-Ling Boey, sent by my old friend and truly international colleague, Professor Feng in Singapore, Helen Englert (Sydney), Genevieve Derue (Belgium), Bernie Colaco (UK), and later Ron Asherson (New York).

Each fellow ran their own research project, and each day, either in the conference room, or during the break in the ‘all-day’ ward rounds (in Sister’s office) we exchanged our observations and plans. Later, we were joined by Miriam Lugon (Geneva) who always brought her wonderful chocolate cake to the meetings.

Always in the background was the worry of making a presentation on ‘Hammersmith Grand Rounds’, a 2-hour meeting every Wednesday morning, attended by all the medical and research staff, as well as interested doctors from other departments – an audience of 300, and at least 2 rehearsals for the nervous junior doctors presenting a case.

Things were also moving rapidly in the lab.  I was joined by a not-so-young visiting fellow from Iraq – Dr Aziz Gharavi.  Aziz (now sadly deceased) was a wonderful colleague and dear friend.  His work ethic was unparalleled and he was a ‘natural’ in the lab. Later he was joined by Dr Nigel Harris, a talented research fellow from Trinidad, with a background in biochemistry.

Nigel and Aziz were a fantastic team, working on the properties of these troublesome antibodies.  They produced a sensitive lab assay for anticardiolipin antibodies, which rapidly became a vital lab test in medicine.  We submitted a paper of our findings to the Lancet, loyally sticking to English journals.  After a longish ‘gestation’ period, the paper came out on 26th November 1983 (my birthday) – and we all went down to Shepherds Bush for a celebratory pizza!

I believe that everybody in our unit felt our discovery would have a big impact, not just in rheumatology, but in medicine in general.  And in obstetrics, the impact was immediate.  The antiphospholipid syndrome became recognised as the commonest, treatable cause of recurrent miscarriage.

We sat down and actually planned our next stages.  There were 4 main prongs – firstly, a continuation on our main lab work.  Secondly, individual papers on clinical aspects – for example, studies of stroke, of heart attack, of ‘atypical multiple sclerosis’, on patients with low platelets – and so on.  We would track down the expert teams – for example liver patients under the care of Dame Sheila Sherlock and Professor Roger Williams (reported by Dr Charles Mackworth-Young, my outstanding senior registrar).

Helen Englert, Genevieve Derue and I went across to a nearby hospital, The Royal Masonic, to meet Professor Dennis Hawkins, Head of Obstetrics, and an authority on recurrent miscarriage, to interest him in our discovery of antiphospholipd antibodies and their link with recurrent pregnancy loss.  He was very enthusiastic, and our collaborative study was subsequently published in the Journal of Obstetrics & Gynaecology.

Following his retirement, he was succeeded by Dr Lesley Regan, whose ongoing interest in the subject has continued to bring our two teams together.

The third prong was to tell our story far and wide, including ‘case reports’ and reviews.

The fourth part of the plan was to arrange a conference.  Thus, in 1984, we held the “First International Conference on Antiphospholipid Antibodies” here in London.  We catered for hundreds – in the event, I think we had 87 attendees!  But the conference idea has grown and grown, and now attracts over 1,000 attendees.

At the 5th International Conference held in Louvain, Belgium, a group of key workers in the field suggested the title “Hughes Syndrome”, partly because the title “antiphospholipid syndrome” was becoming even more cumbersome (it was now being more ‘correctly’ called the antiphospholipid-protein co-factor syndrome).  Hughes Syndrome was simpler!  For me, it has been an honour to be recognised in this way.

In 1985, my team and I moved to St Thomas’ Hospital to form an international lupus centre there.  Amongst many other research fellows (many from Spain and Italy), I was joined by Dr Munther Khamashta, a young doctor from Madrid.  Munther was an exceptional colleague who took over as head of research when Nigel and Aziz took up posts in America.

Munther was an ideal colleague – hardworking and full of ideas.  He became a world-renowned expert on the syndrome, and has written numerous articles and chapters.  He has risen to become one of the world’s leading authorities on aspects of pregnancy in lupus and Hughes Syndrome, and has contributed to, and edited, numerous textbooks on the topic – notably, the key textbook “Hughes Syndrome”.

The syndrome – Hughes syndrome/’sticky blood’ – known internationally.  Significantly, it is now recognised as a major cause of many common medical problems.  Although the figures are approximate, published studies have come up with a “1 in 5” figure.  Hughes Syndrome has been quoted as an underlying cause of 1 : 5 cases of:

– Ischaemic heart disease in women (under 45)

Wherever I go to lecture, or to attend a meeting, or in clinic, the question unfailingly comes up….”where can I learn more?”

I hope that the charity we have formed with a group of patients and colleagues (The Graham Hughes International Charity (GHIC) will help to spread knowledge about this common, important and treatable syndrome.