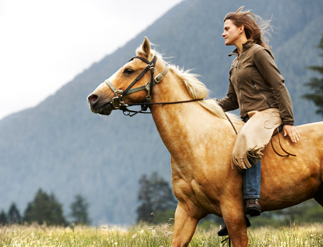 This week, we held the 33rd annual “Ten Topics in Rheumatology” meeting in London.  Organised by Professor Chris Edwards and his team from the London Lupus Centre – Professor David D’Cruz, Professor Munther Khamashta and Dr Arvind Kaul, it was a full house of 300 doctors from far and wide, including one from New Zealand.

For me, it was a fantastic 2 days – the usual formula of top international speakers, short presentations and the most up-to-date reviews.

Congratulations to Chris and the team.

I took part in a session arranged by Professor Khamashta called “kerbside consults” – a series of cases (of Hughes Syndrome) with questions posed by the audience, as well as 3 experts – Cathy Nelson-Piercy (Consultant Obstetric Physician at St Thomas’ Hospital) and David D’Cruz (my colleague at the London Lupus Centre) and myself.

One of the 4 cases presented by Professor Khamashta covered a number of aspects and I will use this case for my July blog.

Miss G.L., a 25 year old secretary, developed an acute deep vein thrombosis of the leg at the age of 23.  There had been no prior clues to the diagnosis apart from a past history of frequent pre-menstrual headaches.  She had never smoked or taken oestrogen-containing drugs.

There was no family history of thrombosis or auto-immune disease.  However, her tests for antiphospholipid antibodies (aPL) were positive – strongly positive, and “triple-positive” (all three of the currently used aPL tests – aCL, LA and anti-β2 GP1 – were positive at high level).

She was treated with Warfarin.  Interestingly, the headaches which had been frequent (though ‘livable’) disappeared.  The Warfarin continued, perhaps longer than usual, for a year.

Miss G.L. raised two topics – marriage “in a year or two” and pregnancy, and the second concerning horse riding.

She asked whether it was now safe to stop the Warfarin, prior to taking up horse riding again, or at least to convert to aspirin.

What would you do?

Perhaps not surprisingly, the three experts gave rather differing opinions.

The first agreed with a change to aspirin.  After all, this was a venous thrombosis and not arterial, and the risk of re-thrombosis on aspirin was small.The second expert discussed pregnancy.  The treatment of pregnancy in Hughes Syndrome was becoming almost standardised worldwide, with low molecular weight heparin, plus or minus aspirin being first choice.  The warfarin, if continued, could be changed to heparin as soon as the pregnancy test became positive.

The third expert focused more on the primary thrombosis.  This young woman in the prime of her life was at high risk unless treated.

Although not universally accepted, a number of studies have suggested that “triple positive” aPL patients (aCL, LA and anti-β2 GP1 positive) have much stronger tendency to re-thrombose.

Although Warfarin has a bad press, and interacts with many foods and drinks, it has three big pluses.

Firstly, unlike many other anti-clotting treatments, its therapeutic dose can be closely controlled (many Hughes Syndrome patients living normal lives with the help of self-testing INR machines).

Secondly, current experience suggests that Warfarin may be superior to newer anticoagulants (‘NOACS’) in severe APS (though admittedly, Miss G.L’s thrombosis was venous).

The third specialist admitted that many of his Warfarin patients took part in horse riding (and other ‘contact’ sports) but he did recognise that, for some, the risk was too great.

His rather brutal opinion was “keep the Warfarin, sell the horse”.