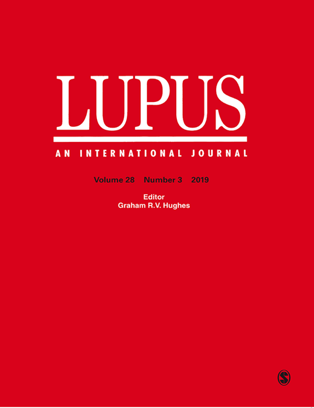 Big news! A group of patients and doctors here have set up a new charity, whose main purpose is education. Specifically, its aim is to provide a website which links those suffering from Hughes syndrome and those involved in its treatment. We know that many countries already have both patient groups and medical research groups – our aim is to globally link as many of these groups as we can.

The charity, named GHIC (Graham Hughes International Charity for Hughes (antiphospholipid) Syndrome) is free of charge and will offer regular features, including clinical updates, ‘Patient of the Month’, Q&A’s, review articles, and news from the conferences.

In addition, the publishers of the international journal LUPUS have agreed that we can publish excerpts from articles dealing with the syndrome.

With our international team of medical experts, we trust that the charity, with its focused remit of global education, will add to the work of other charities and patient charities worldwide.

The more I see of patients with Hughes syndrome, I feel that it is, first and foremost, a ‘neurological’ condition – indeed in some patients, it seems that all parts of the nervous system – the brain, the spinal cord, the nerves, and even the ‘internal’ nerves – the so-called autonomic nervous system are involved. This was certainly the case with Mrs L.T.

Mrs L.T. a 46-year-old housewife made the journey from Atlanta, USA for a second opinion. I saw her with my colleague, Natasha Jordan, who listed her history as follows:

She had been diagnosed with primary antiphospholipid syndrome and started on Coumadin (Warfarin) – unfortunately, with no great improvement. Her INR ranged between 1.9 and 2.6.

I thought it would be clearer if I numbered the problems, and addressed each separately:

1. ITP in Infancy It is well known that ITP (low platelets) can occur in childhood and even infancy. It can also occur in Hughes syndrome and precede the main diagnosis by many years. A definite clue here.

2. Teenage Migraines in Hughes syndrome often start in the teens. So also can seizures (see November 2016 blog). Interestingly, temporal lobe epilepsy seems, in my opinion, to come up a lot – ‘funny turns’, déjà vu, strange olfactory, symptoms all being features.

3. Recurrent pregnancy loss In this patient, almost certainly related – think of what testing in pregnancy might have achieved.

4. 2012 Onwards A dramatic escalation of the ‘brain storm’, mini strokes (TIA’s), visual disturbances, seizures, and now, possible autonomic nerve problems. To cap it all, development of spinal cord problems – “transverse myelitis” – something which we identified as a feature of the antiphospholipid syndrome in our original descriptions in the early 1980’s.

5. Upper limb DVT As if we didn’t have enough to go on, an arm thrombosis.

“Weakly positive” – here we have an example of conflict between the science of “Classification criteria”, and the coal-face of internal medicine. I think the diagnosis, based on largely clinical grounds, is clearly Hughes syndrome, despite the ‘borderline’ tests.

This patient was, correctly, started on Warfarin. The poor response? The dose is too low. Many patients with brain aspects of Hughes syndrome seem to need a higher INR, sometimes as high as 3.8 to 4. Indeed, many of our patients “know” precisely when their INR is too low.

We will keep you posted!