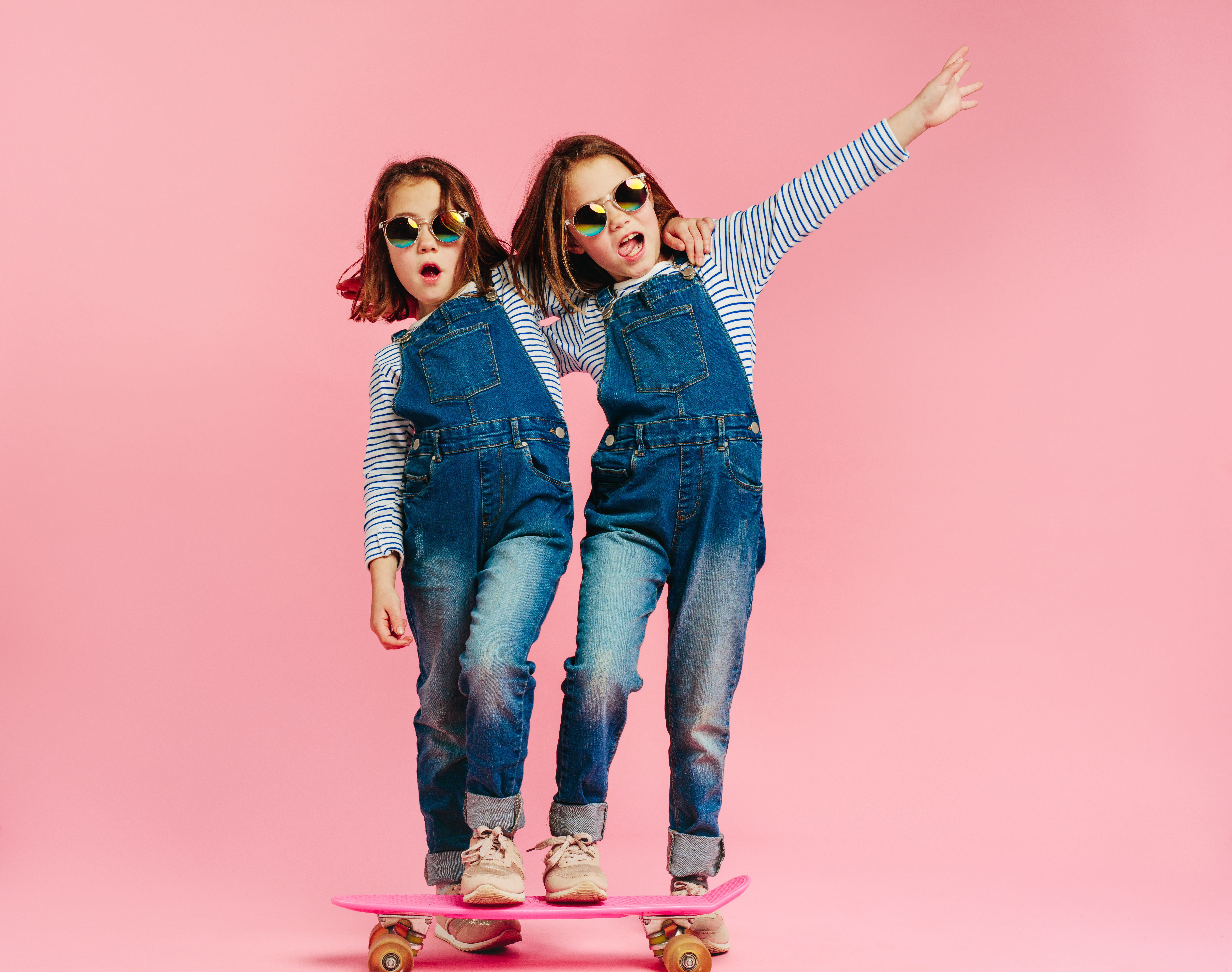 So soon after the March blog, here comes another. Like London buses – nothing for a while then two together. Hopefully I am making up for lost time following my illness.

My topic this month is “Twins” – what can they teach us? In diseases where there is a suspicion of a genetic tendency, twin studies can be very useful in assessing the strength or otherwise of that tendency. For example, some decades ago Dr Charles Christian (my former teacher and mentor) and his colleagues, published a major twin study in lupus, which showed that twin siblings of lupus patients had a higher risk of lupus – but very significantly the increased risk was only moderate – suggesting that other factors were also in play.

In Hughes Syndrome I have seen a number of pairs of twins. One recent pair is this month’s “Patient(s) of the Month”.

Miss D.S., aged 30, made an appointment to see me at The London Lupus Centre – at her mother’s suggestion. Her mother, aged 50-something, was a lupus sufferer and felt that her daughter’s problems might be related.

Miss D.S had a number of symptoms including balance problems, headache, visual disturbance and, most worrying, memory loss. She was single and worked as a hospital secretary. She was worried that the memory problems might cost her her job. She had been investigated by a neurologist and multiple sclerosis mentioned. But not definite.

When I saw the patient there were two abnormal findings – impaired balance and, in the skin, mild but definite livedo (“corned beef skin”). Her tests showed positive (medium high) for antiphospholipid antibodies (aPL). Lupus and other tests were negative.

To cut a long story short, she was treated firstly with aspirin (slight improvement), then a three week trial of heparin (vast improvement) and now on long-term Warfarin – back to ‘normal’.

That was some time ago.

Her identical twin sister, Miss J.S, also a hospital secretary (but in a town 100 miles away) came for her first appointment. And she was identical both in appearance and in her medical problems. She was suffering balance problems, headache, visual disturbance and memory loss. She also had a small area of skin livedo.

But there was one major difference:

Her tests were negative.

Is it Hughes syndrome? Would you treat?

My answer is of course yes. The symptoms and signs, the family history – mother with lupus and twin sister with Hughes Syndrome are all possible clues and perhaps more important is that the patient had been well investigated but was no nearer any treatment or improvement.

As with her sister, J.S. was finally given a three week trial of heparin – with immediate effect. Miss J.S. is now another year on – and on regular Warfarin. Her words echo those of many similar patients: “I’ve got my life back.”

Firstly, once again the family history. Some time ago, at our annual charity patients meeting, I ran a straw poll asking if there was a family history of an ‘autoimmune’ disease (lupus, rheumatoid, thyroid, M.S., Hughes syndrome). A striking 60% of the patients attending gave a “yes” response as opposed to some 20% of the friends and “accompanying persons.”

And the negative tests? I see a number of patients who have all the features of Hughes Syndrome but who have negative aPL tests. Probably significantly, a number of these patients are referred because of similar pictures in a close relative.

And do these “seronegative” patients respond to treatment? As with Miss J.S. the result can be quite clear cut and just as striking as in “seropositive” cases. Some doctors refuse to accept the concept of “seronegative” antiphospholipid syndrome. I disagree. Firstly, we are already discovering “new” tests for the syndrome, and these are being cross-checked in collaborative studies around the world. One such study is being discussed this week in an autoimmunity meeting in Germany.

Secondly, two other diseases went through the same learning process – “seronegative rheumatoid arthritis” and “seronegative lupus” in the last century. The concept immensely advanced our knowledge of these two diseases.

One final point: Out there in migraine clinics, in cardiology clinics, in miscarriage clinics, in multiple sclerosis clinics, in balance clinics, and even in (younger) memory loss clinics, there may be some patients – perhaps only a few – who do have Hughes Syndrome but with diagnosis and treatment taken no further because “the tests are negative.”