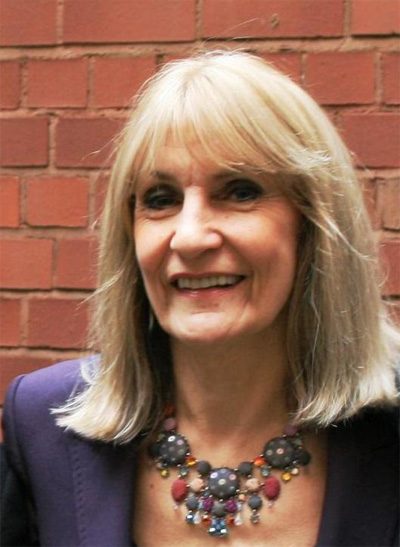 I am writing this on Friday, 1st May.  April has been unforgettable in so many ways – in ‘lockdown’ for the past 5 weeks and infection rate with coronavirus still very high worldwide.

No direct medical drug is proven yet.  Of course, the known anti-viral (including AIDS) drugs are being assessed.  Also, plaquenil – known and praised by those of us in the lupus community, was assessed in a number of trials, but so far without significant anti-covid properties.

Another approach is to attack the very inflammatory nature of the infection (for example, the level of ferritin in the blood stream). Professor Chris Edwards, part of our lupus team, has produced an excellent review of the topic for our international journal LUPUS.

Very sad news.  The death was announced in April of Lynn Faulds-Wood.  Lynn became known for her TV series ‘Watchdog’.  She became a household name and later took up the issue of bowel cancer and the delay in diagnosis many suffered.

For the past 20 years or so, Lynn became a wonderful supporter of our efforts initially to raise awareness of lupus, and in more recent years, to improve  awareness of the diagnosis and treatment of Hughes Syndrome.  She was tireless in her efforts, despite suffering medical setbacks along the way.

I last saw Lynn a few months ago, when she was a speaker at our annual Patients’ Meeting on “The Big Three” – Hughes Syndrome, Lupus and Sjogren’s.  A star – and a warm and very dear friend.

Hughes Syndrome can have a number of clinical presentations, ranging from a small (venous) blood clot, through to life-threatening (arterial) stroke or heart attack.  And, in some, the positive blood tests for Hughes Syndrome, collectively known as “aPL” (antiphospholipid syndrome) can remain positive in the absence of a clotting history.

Mrs A.C., aged 19, was booked infor her first pregnancy.  She was healthy, and at her booking-in, no alarms were raised.  Sadly, she miscarried.

A year later, a second pregnancy, and apart from the previous miscarriage, no new alarms were raised. But this unfortunately also ended in miscarriage.

Mrs A.C. and her husband discussed a possible further pregnancy, but on this occasion, did their own homework.  Did the fact that Mrs A.C. has a family history of lupus make any difference?

A sister with lupus, mother and aunt with Hashimotos thyroid disease.  Mrs A.C. found that there could be a link.  Hughes Syndrome – a clotting disorder could also be seen in families with so-called autoimmune diseases – including a risk of repeated miscarriages.

Could this be tested for?

The obstetrician agreed to the blood test.  Strongly positive (aPL).  In fact, all 3 positive.

Mrs A.C. and her husband elected for a third try, but this time, on aspirin.

Success – a healthy baby.  But one cloud on the horizon – what about the positive aPL tests?  Mrs A.C. was well.  A proud mother.

The aspirin almost certainly contributed to the successful pregnancy.  But does Mrs A.C. need further treatment – even aspirin – or even counselling.

And here lies the problem.  Logic says yes – there is a clear link between aPL and thrombosis risk.  And, indeed, many women suffering, say, a stroke or even a DVT 20 years later, may not necessarily link the history of recurrent miscarriages 20 years earlier.

My own opinion is yes – with a past pregnancy history of repeated spontaneous abortions and strongly positive antibody tests, I would be for taking daily junior aspirin.

The jury is split on this.  A number of researchers have attempted to clarify this problem.  One group in Italy (Prof Pengo and colleagues) have focussed on the risk of different types of thrombosis – e.g., arterial (stroke) versus venous.  And at one level, the results have been helpful.  Those with all three aPL tests (aCL, LA and anti-Beta GP1) – “triple positive” have a higher risk of artery clots than those with only 1 or even 2 of the tests.

My own view after nearly 40 years of treating Hughes Syndrome is that this can be a devastating disease.  I would err on the side of treatment here rather than conservatism.

But wouldn’t it be better if future research and clinical observation could provide a more robust basis for these decisions.